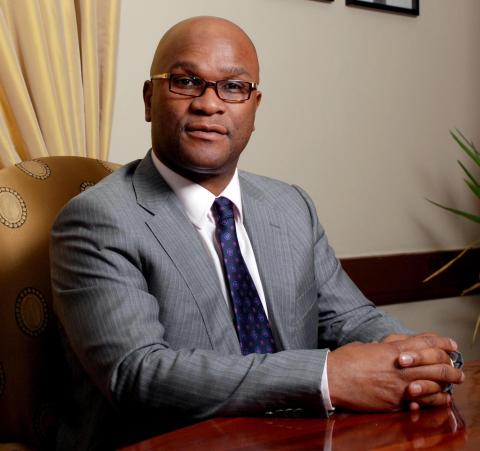 The theme for Africa Month 2017 is “The Year of OR Tambo: Building a Better Africa and a Better World”. The Department of Arts and Culture invites all the people in the Republic of South Africa, the rest of the African continent and the African Diaspora as well as international guests to join us in the Africa Month celebrations. South Africa is an integral part of the African continent. Therefore the country understands its national interest to be intrinsically linked to continental stability, unity and prosperity. Our African agenda is for the sustained development and upliftment of all African people. Africa Month seeks to increase the appreciation and demand for arts and culture goods and services and stimulate competitive markets for Intra-Africa trade. While existing programmes of the Department of Arts and Culture seek to inculcate an African identity through the popularisation of the national flag and continental flag as well as the National Anthem and African Union Anthem, it was important to inaugurate a full month-long programme, a festival of ideas, a celebration of what it means to be African to deepen and expand our knowledge, engage in cultural exchange, sharpen our ideas but also together to face our continental destiny. Some of the celebratory events during the 2017 Africa Month celebrations include:

·       A Festival of Ideas: a series of colloquia and dialogues by prominent Africans on decolonisation – all around South Africa

·       Focus on the African  Liberation Heritage Route in the SADC region

WHY AFRICA MONTH: CELEBRATING THE JOURNEY TO AFRICAN UNITY 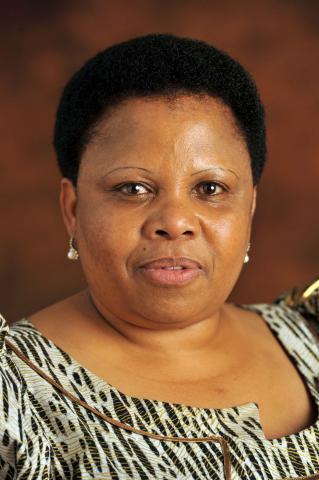 By establishing the Organisation of Africa Unity (OAU) in 1963, the Africa continent became a pioneer in being the first continent to focus on and encourage nation building through unity and freedom from oppression.  In celebration of the OAU and its successor, the African Union, the Department of Arts and Culture hosts a series of events to  celebrate Africa Day on 25 May and throughout May for Africa Month.

The Organisation of Africa Unity (OAU) was originally established more that fifty years go, in Addis Ababa on 25 May 1963.  Kwame Nkrumah, the first president of Ghana after independence was a prime inspiration behind its establishment.  During a speech on foreign Policy in 1959 he said, ‘In Ghana we regard our independence as meaningless unless we are able to use the freedom  that  goes with it to help other African people to be free and independent, to liberate the entire continent of African from foreign domination and ultimately to establish a Union of African  States.’  The OAU initially consisted of 32 members but soon reached 53 with South Africa being the 53rd country to become a member in 1994.

The establishment of the OAU was encouraged by a number of ideas sweeping Africa and the World.  One was the PAN African movement of the19th century which had its roots in the United States with African American intellectuals such as Martin Delany and Alexander Crummel. W.E.B Du Bois and Henry Sylvester Williams also played a key role with a series of Pan African Congresses with the inaugural one held in London in 1900. The seminal writing of Pixley Ka Isaka Seme in 1906 with his prophetic essay “The Regeneration of Africa” helped to shape African unity. Later, luminaries such as Presidents Kwame Nkrumah of Ghana, Julius Nyerere of Kenya, Sékou Touré of Guinea and Kenneth Kaunda of Zambia were inspired by Pan Africa ideals and promoted its principles.

With the approach of the millennium it was felt that the time had come to refocus on the needs and rights of the people of Africa instead of on the political process itself.  This led to the founding of a new organisation: the African Union (AU).  The first step was taken in the Sirte declaration of the 9th of September 1999.  This was followed by summits at Lomé in 2000 and Lusaka in 2001 which established the Constitutive Act of the African Union and made plans for its adoption.

Thus it was on the 8th July 2002 in Durban that the new African Union (AU) emerged.  One of the major differences between the old OAU and the new organisation is concerned with the i

nternal affairs of the member states.  In the modern AU there is a renewed commitment to democracy and there is a peer review clause that allows intervention in particular circumstances.  One of the key differences is that the AU is conceived as a union of peoples rather than just leaders and there is the specific inclusion of democracy, gender equality, good governance and the rule of law in the Constitutive Act of the AU.

The executive branch of the African Union is called the Commission and this body also acts as the secretariat of the organisation. The promotion of Cultural affairs in the African Union is handled by the Economic Social and Cultural Council (ECOSOCC) of the organisation.  In 2006, the assembly adopted the Charter for African Cultural Renaissance to promote all forms of culture on the continent as well as cultural cooperation and exchange.  This was ratified by South Africa in 2014 and it forms an important basis for the promotion of culture throughout Africa.

In addition to this, the New Partnership for Africa’s Development (NEPAD) Agency was adopted by the OAU Assembly of African Heads of State and Government in July 2001 in Lusaka, Zambia.  NEPAD ru

There are clearly many challenges in Africa but this re-invigorated organisation with its focus on the rights and well-being of individuals, states, countries and the continent as a whole is a major move in the right direction.  It can greatly improve the quality of life for all in this great continent and South Africa is privileged to be part of this journey forward.

Africa Month – A Festival of Ideas 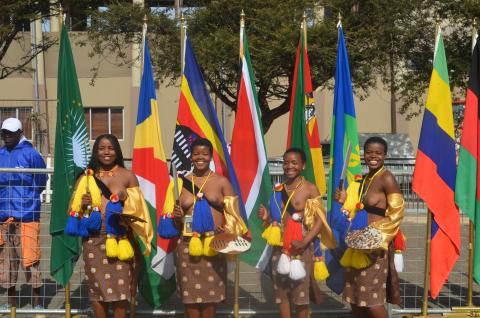 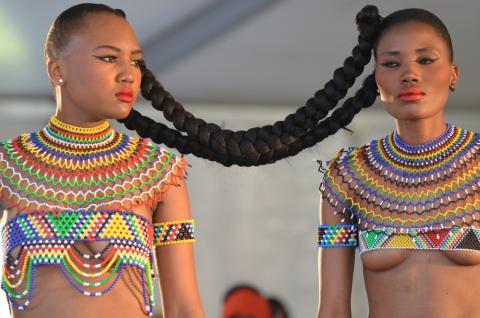 While the main theme of Africa Month is about  Building a Better Africa and a Better World, President Jacob Zuma has also announced that as 2017 is the centenary of statesman and A

NC President OR Tambo’s birth, the year-long governmental focus is on: The Year of OR Tambo: Unity in Action.

The 2016 Africa Month programme was successful and was able to captivate the attention of the country in focussing on the country’s immutable connection to the continent. A lot was achieved in raising awareness; but much remains to be done.

Given the lingering legacy of colonialism and apartheid, it is most opportune that in honour of the contribution of ANC President and statesman, OR Tambo, the overall theme for this year shall be on decolonisation, especially given the traction this has received in recent years and the need for radical socio-economic and cultural transformation.

The Africa Month Colloquia Programme, the Festival of Ideas, is therefore framed within the broader theme of decolonisation. Decolonisation has however become a frequently parroted concept in the contemporary South African political discourse, with little consensus in terms of its conceptual and theoretical underpinnings. At one level, decolonisation for some means a total and abrupt break from the past. In other words, the adherents of such a perspective on decolonisation would advocate for total of annihilation of colonial symbolism, colonial institutions and other elements across many areas of life that bordered on the political economy of colonialism.

On the other hand, there is another school of thought that cautions against this deconstructing colonialism. Proponents of this alternative school of thought argue, for example, against the temptation to define Africa and its people outside the knowledge production stratosphere. They also contend that many of the modern human advancements are rooted in indigenous knowledge systems and that the people of this continent have every claim to such body of knowledge as any other people across the globe. To the extent that this is the case, there can be no such thing as an exclusively colonial knowledge or colonial institution. This, they contend, should be an important consideration that frames the decolonisation project; through rejecting ownership of the wealth of knowledge that has come out of the human journey from Africa to other places and spaces.

The colloquia programme for Africa Month thus further recognizes the political cultural environment as one in which calls for decolonization are taking precedence. The decolonization agenda cannot be separated from the radical economic transformation agenda.

However the nature of this rallying call for decolonization needs to be further interrogated through exploring the concept itself and its application to our political, cultural, social and economic context. The political agenda for freedom had and still as a central thrust of its agenda ‘decolonisation’.

The liberation movements on the African continent saw economic emancipation from colonialism as key to the realization of freedom. Hence key intellectuals such as Kwame Nkrumah would write about the African Personality and Consciencism.

Later on Frantz Fanon would write about the notion of bringing forth a “new man” – with the understanding that a new society of new men and women and complete decolonization would require radical change agents and a critical mass forging freedom.

Comrade and ANC President OR Tambo would make it a point of speaking up for all the liberation movements seeking their freedom and not only for South Africa – knowing full well that the movement for decolonization was a world movement for change and that internationalism was the key to overcoming colonial and neocolonial rule.

It is thus with these underpinnings that the colloquia programme has been developed.

Also as part of Africa Month Celebrations, the Ministry of Arts and Culture  will host a Southern African Roundtable on : The Roads To Independence: African Liberation Heritage Programme between 23 and 25 May 2017.

The proposed theme for the Panel Discussion is: 'Roads to Independence: African Liberation Heritage' – Towards an Integrated Southern African Road Map.

The Southern African Roundtable Panel Discussion is geared towards contributing to the re-invigoration of the implementation of the UNESCO (2005) and African Union (2011) Resolutions. These resolutions recognize liberation heritage as that which is of outstanding universal value. This discussion focuses on the Roads to Independence African Liberation Heritage Programme wherein the United Republic of Tanzania will host and implement the Programme with the support and assistance of other AU member states. The Southern African Roundtable Panel Discussion will bring together Government Representatives and experts responsible for the implementation of the Liberation Heritage Programme and the establishment of national chapters in the Southern African region

The South African National Chapter called the Resistance and Liberation Heritage Route(RLHR) project is a national memory project aimed at commemorating, celebrating, educating, as well as promoting, preserving and providing a durable testament of South African’s road to independence. The project draws on heritage as a vehicle to depict South Africa’s journey from the first contact with colonists to the attainment of democracy through a series of connected multi-dimensional sites at the local, provincial, national and international level in a manner that promotes the values enshrined in the South African Constitution. Cabinet established the RLHR Inter-Ministerial Committee to provide overall and overarching strategic political leadership to the programme. 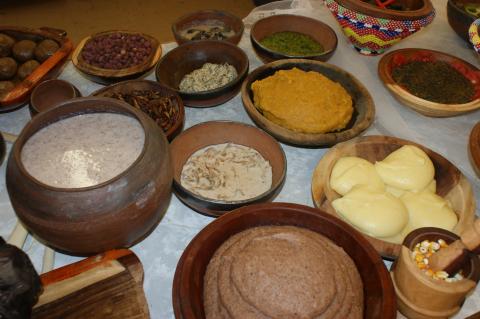 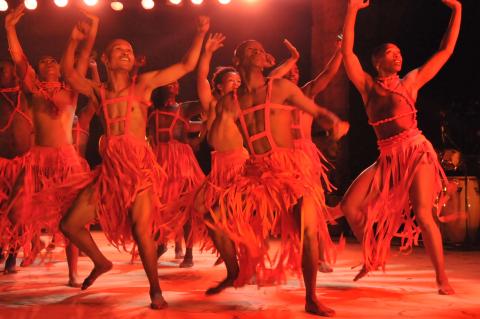